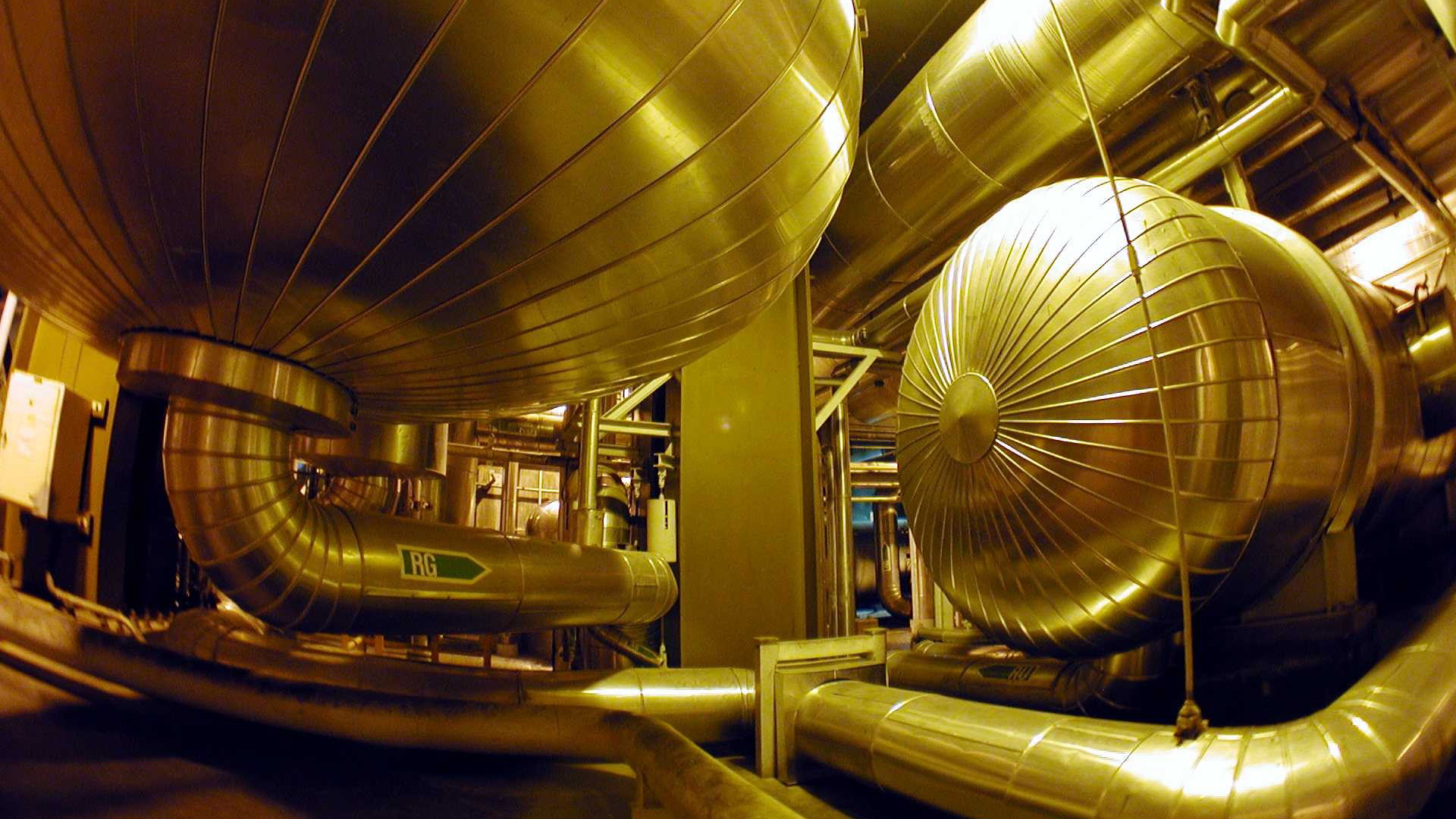 FULL VERSION
The current context is clearly revealing that the E.U. needs more energy security and independence while maintaining an energy mix that helps to meet its current goals and enables to undertake the required energy transition.

On February 2, the European Commission presented a Complementary Delegated Act amending the E.U. Taxonomy on mitigation and adaptation to climate change, which recognizes nuclear energy as a transitional energy and contemplates its inclusion in said Taxonomy following the assessment of different scientific committees, which have pointed out that “nuclear energy does not cause more harm to human health or the environment than any other power generation technologies that is deemed sustainable.”

This decision, however, has attracted criticism from different quarters that see nuclear power as an enemy of renewables and an obstacle to transitioning to decarbonized economies. Nothing could be further from the truth: both technologies are necessary and complementary to undergo this energy transition. Under current conditions, where we are fully immersed in a climate emergency and where energy prices have skyrocketed as we had not seen before, no CO2-free energy should be rejected.

In this respect, when its entire technology life cycle is considered, nuclear power is one of the technologies that emits less carbon. This is the conclusion of the “Life Cycle Assessment of Electricity Generation Options” report from the United Nations Economic Commission for Europe (UNECE) published in November 2021.

Within the E.U., several countries, such as Belgium, Finland, France, the Czech Republic, the Netherlands and Poland, have announced that, in order to reduce their CO2 emissions and increase their energy independence, they are going to either extend the operating life of those of their nuclear power plants that are currently in operation or build new units.

In Spain, the 2021-2030 Integrated National Energy and Climate Plan (PNIEC), which was approved by the Government in March 2021 and whose two main objectives are the decarbonization of the Spanish economy by 2050 and the reduction of Spaniards’ electricity bills, envisages the continued operation of the Spanish nuclear fleet to achieve this energy transition. 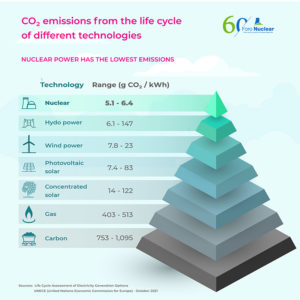 Nuclear power contributes more than 20 percent of all electricity generated in Spain and is responsible for one third of all emissions-free electricity. Over the past decade, nuclear power has been the main producer of emission-free electricity every single year except 2021. Right now it is essential to the stability, regulation and balance of the Spanish power grid and its performance indicators are excellent.

As a country, as a society and as a scarcely interconnected energy market, we need a sustainable energy model. To this end, we need to have strategic security of supply, to be environmentally friendly and to optimize the costs of generation. Nuclear energy fulfills these three basic requirements.

However, in order for nuclear energy to be useful in the process of transitioning towards a decarbonized economy, the economic and financial viability of nuclear power plants has to be guaranteed throughout their operating life. The current high energy price situation is a compelling argument for keeping all Spanish stations in operation, as this will not put pressure on pricing in the wholesale energy market.

As far as the nuclear energy’s contribution to this process is concerned, the excessive tax burden on nuclear generation should be revised and lightened. Furthermore, imposing any additional taxes or surcharges, such as the CO2 Bill submitted by the Spanish Government to Congress for approval in 2022, should be avoided.

In the current European context, and in view of all the foregoing arguments, the continuity of nuclear energy is the most convenient alternative from both a financial and an environmental point of view to meet energy sustainability goals and transition to a low-carbon economy. The European Commission’s proposal to include nuclear energy in the E.U. Taxonomy, acknowledging the security of supply it offers and its lack of greenhouse gas emissions, is an opportunity that we cannot afford to miss either as a country or as an industry.