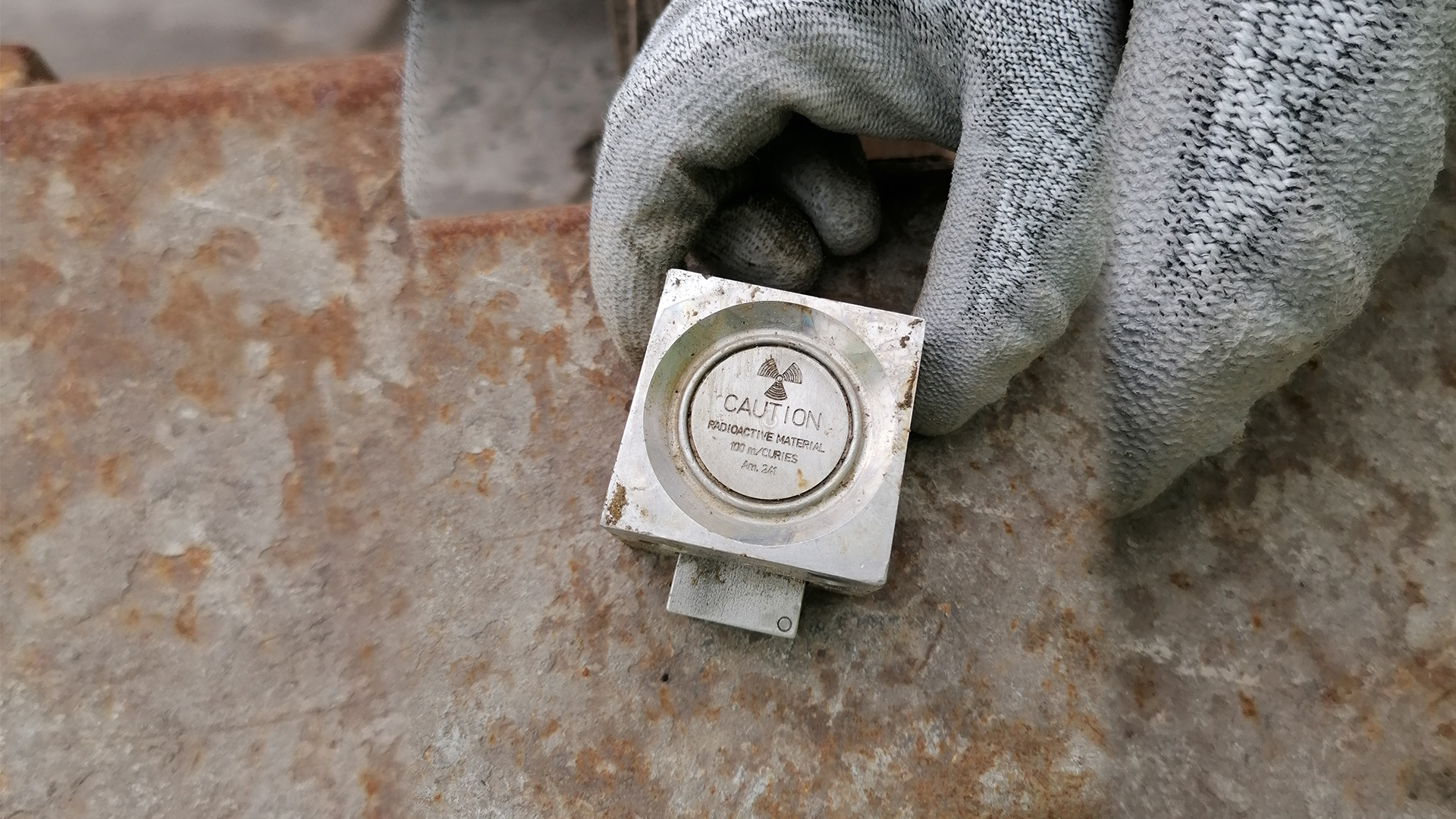 FULL VERSION
After more than 23 years, the Collaboration Protocol on the Radiological Surveillance of Metallic Materials (PCVRMM) continues to be the precedent and world reference on the management of lost radioactive sources (orphans) and other radioactive materials that are mixed with the recycling circuits of the metals. Several technical and regulatory developments, from the United Nations, IAEA to the European Union, have focused on the PCVRMM when dealing with this complicated problem of radioactive material which escaped, for several reasons, from regulatory control.

Even so, in Spain some plants have suffered the consequences in their facilities. Fortunately, with improvements in control, only sources of little radiological relevance have recently been processed. However, these incidents has not damaged the Protocol, other way around, they have made it stronger. Thanks to a close collaboration between all those involved: Regulator/Supervisor, Administrations, radioactive waste manager, worker representatives, and the entire recycling chain, it makes possible to collect data,  analyse, agree and implement measures that allow any deficiency found to be addressed in a balanced way between its practical applicability and its associated cost. I will take the liberty of coining a new term: “comprehensive collaborative self-regulation”.

It is precisely the growing shared knowledge what makes PCVRMM strong. But not only that, but also the conviction and mutual support of the participants working towards a common goal, associated with a dialogue that emanates from voluntariness: Detect and remove missing radioactive material from the recycling loops, being compatible with an industrial activity and a control regulatory. This is what differentiates it from the Spanish Royal Decree on Orphan Sources (RD 451/2020), the recent regulatory development on this problem which is commemorating its second anniversary these days. It is true that it was developed, as well as the relevant provisions included in the Radiological Protection Directive from which it emanates, looking at the Spanish Protocol itself, however it does not have the supporting points of the Protocol; nor a shared knowledge, nor a commitment of the participants.

Therefore, the Protocol is an example of an efficient solution to solve a complex situation while promoting the circular economy but combining with an efficiently management of the risks associated to orphan radioactive sources mixed with the metallic scrap. The PCVRMM takes advantage of well stablished recycling loops, which account more than 200.000 million Euros yearly worldwide, at current level, to solve the problem. Unfortunately, there are examples where the regulators just weight the risk reduction without considering the practical implementation on an already set up in the metallic recycling industries and recollection channels. Its success is doubly valuable considering a doubly sensitive area: radioactivity and waste. An example to export.

Between 1998 and 2022, thanks to the collaboration of all the participants, the Protocol has withdrawn from circulation nearly 290 orphan sources from 28 different countries (which demonstrates the global nature of the problem), and almost 1,350 other materials among those with high natural contamination (NORMs) or other less relevant radioactive items (old lightning rods, Ionic Smoke Detectors, radium-based luminiscent paints, contaminated material…). The costs, or better to say, investments, have not been for free for any of us which makes the PCVRMM work in practice, nor in equipment, characterizations, training, and in dedication.

Now, after the implementation of the Royal Decree on Orphan Sources, the surveillance, training, notification to detect such a risks is mandatory in all facilities in the recycling chain. In this situation, signing up to the Protocol has generated a recent and growing interest.

Nevertheless the PVRMM, like any voluntary commitment, must go and goes beyond law co(the Royal Decree). From my personal point of view, the greater effort is amply compensated by the multidisciplinary professional review of each of the situations. Using an analogy: the Royal Decree is a frame and the PCVRMM is the entire 3D film. The Protocol has the vocation to integrate more companies in the recycling chain, but only those that have a real interest in collaborating, and aware that improvements in the Protocol imply additional requirements,… but a more safety and efficiency.