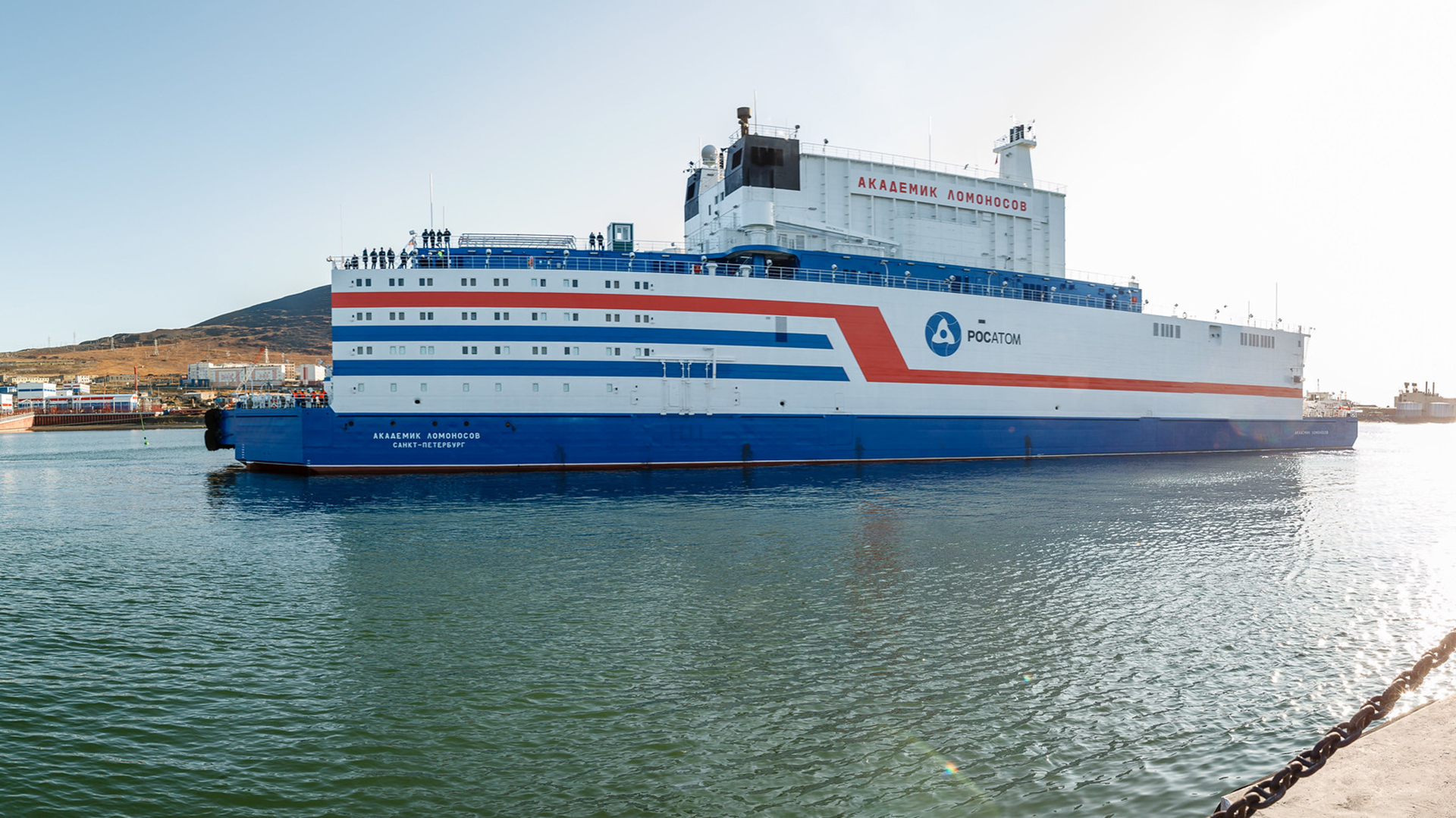 FULL VERSION
The floating power unit «Akademik Lomonosov», named after an outstanding Russian scientist and laid down in 2006, is designed for operation in the areas of the Extreme North and the Russian Far East and is a pioneer project in the series of mobile transportable small-capacity power units. It is a part of a floating nuclear power plant (FNPP) and represents a new class of energy sources based on Russian nuclear shipbuilding technologies

The construction of a floating nuclear power unit (FPU) started in 2008 at Baltic Shipyard in St. Petersburg on the request of JSC Rosenergoatom, which operates all Russian nuclear power plants.

The FNPP technology is based on similar technologies in operation at existing nuclear icebreakers since 1988. The «Taimyr» and «Vaygach» nuclear-powered icebreakers became the prototypes – their nuclear units worked without failures for several decades in the most difficult conditions of the Arctic. It should also be noted that icebreaker reactor technologies are consistently being developed further and have taken a qualitative step forward since then.

Among other things the experience of the Fukushima accident was also taken into account when designing the «Akademik Lomonosov». Therefore, today modern and upgraded icebreaker reactors are installed on board of the «Akademik Lomonosov», and the FPU hull is able to withstand an iceberg hit, the pressure of a 7-meter tsunami wave and wind speed up to 200 km/h. The FPU premises are isolated from the external environment by the double hull of the vessel, and the reactor units are equipped with special biological barriers that prevent radiation from spreading outside the compartments where these units are installed.

The project is intended to provide a reliable year-round heat and power supply to remote regions of the Arctic and the Far East. It depends on external factors regarding the construction, maintenance, delivery of fuel and so on to a minimum extent. The decisive factor that determines the competitiveness of the FNPP in remote areas is its ability to minimize the cost of electric power transmission under difficult environmental conditions and over long distances, which may otherwise exceed the cost of its production by several times. The operation of floating nuclear power plants is designed to significantly improve the population’s life quality in energy-deficient areas and create favorable conditions for their social and economic development.

FNPP solves two problems. Firstly, it is the replacement of the retiring capacities of the Bilibino NPP, which has been operating since 1974, and the Chaun TPP, which is already over 70 years old. Secondly, it provides energy to main mining companies located in western part of Chukotka in the Chaun-Bilibino energy center.

The main feature of the «Akademik Lomonosov» is its importance for the environment. The FPU operation replaces the annual consumption of 200 thousand tons of coal or 120 thousand tons of mazut, which will help to avoid about half a million tons of carbon dioxide emissions per year. This project, which has no analogues in the world, has attracted special attention. Today, many countries around the world are showing interest in the FNPP.