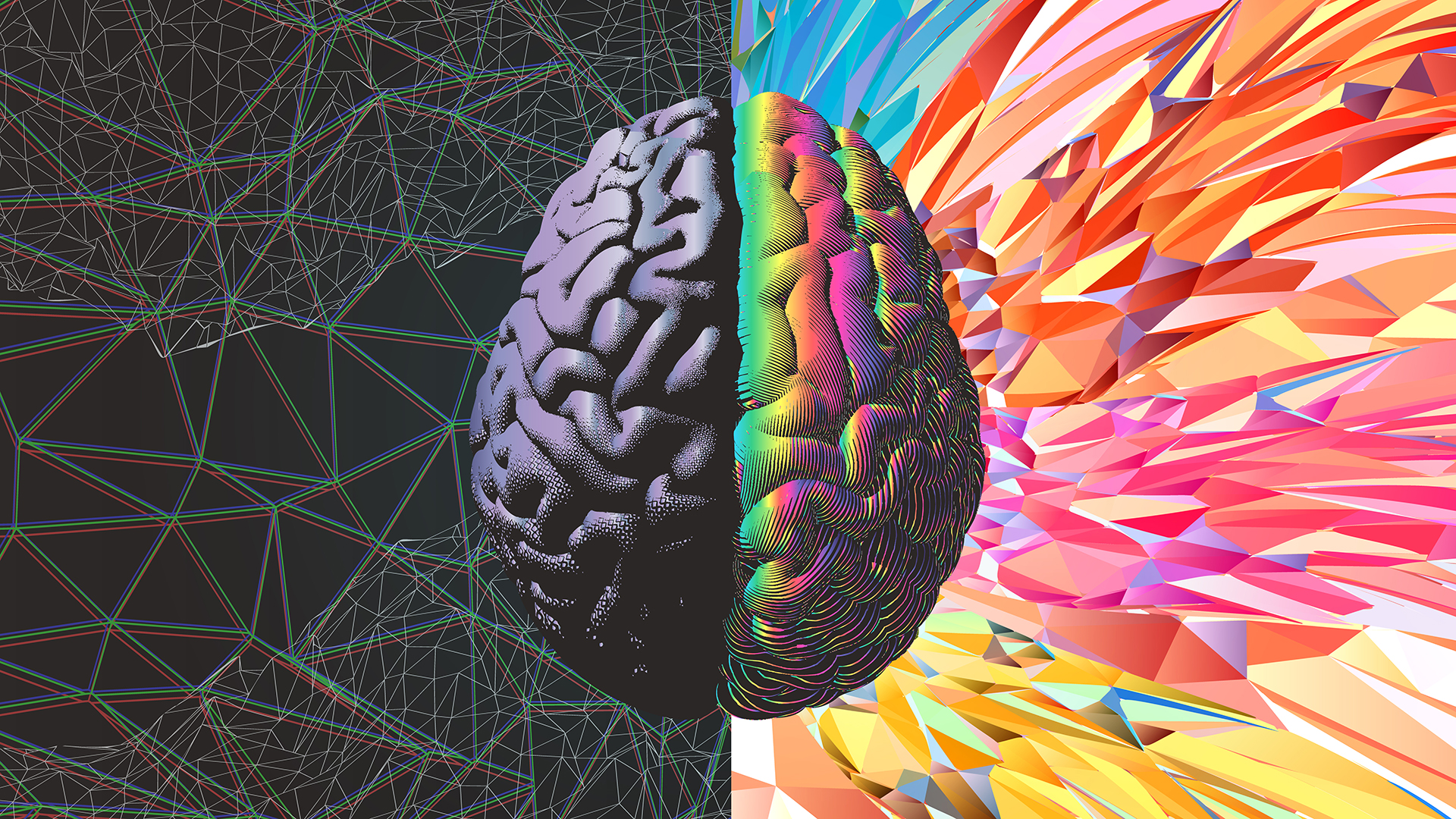 The percepcion of mind

FULL VERSION
The main quality of the human being is language. Our brain increased in size and developed cognitive functions. Laterization of the brain began 500 million years ago; the use of sounds to express oneself, the preferential use of one hand and the way in which the relationship of things in space is perceived are related to brain asymmetry.

The “dominant” hemisphere corresponds to language and logical and analytical thought; the opposite is related to the outside world through visual functions. The process of how our brain receives and processes outside information is known as perception.

Electromagnetic waves of light hit objects, partially absorbed by their surface; the unabsorbed component is perceived by our eyes, stimulating nerve cells that send electrical signals to the brain to recreate the external image. This image is not a true representation; the brain interprets the stimuli from its experience, with memorized patterns; it becomes selective to be effective; makes comparisons: light and shadow, hot and cold colors, full and empty, background and figure, negative and positive, large and small, horizontal and vertical, etc.

In 1910, the Gestalt movement emerged in Germany, showing that the brain organizes perceived elements in the form of configurations (gestalts); They considered that in the brain there are already innate structures for which experience or learning is not necessary and that the organization of data follows a series of laws: Figure and Background. Figure is any element in space that stands out in its environment over other elements; background is the rest. They are not noticeable at the same time. Of Pregnancy or Good Form. It is based on the organization of the elements that are perceived, to reduce possible ambiguities or distorting effects, in the most symmetrical, regular and stable way possible. Of Closure or Completeness. Closed and finished shapes are more stable, so our mind tries to “close” the perceived shapes with the imagination, adding the missing elements. Of Continuity. The elements and figures that are closer together tend to be seen as a unit and isolated from others.

These laws are known in the world of advertising and used by any communicator, be it a politician, magician or artist to capture the attention of the receiver or direct it where it deems appropriate. Attention is crucial. We can watch a scene, but if we don’t pay attention, it will go unnoticed. In magic, it is used to focus the spectator on what the magician wants so they can perform their trick without being caught. They call it “change blindness.”

When the divergence from “objective” reality is great, we are talking about optical or cognitive illusions. Although there are many types, basically, we can talk about three: Impossible figures: apparently real objects that we cannot conceive in our three-dimensional world. Illusory spaces: scenes in which both volume and space are illusions. Ambivalent images: they hide figures different from those that are perceived in a first observation.

Recent research focuses not only on the rehabilitation of patients with cognitive impairment but also on all aspects in which attention optimization is required (such as learning disorders). Knowing how attention mechanisms work in the brain can help us improve in the future.