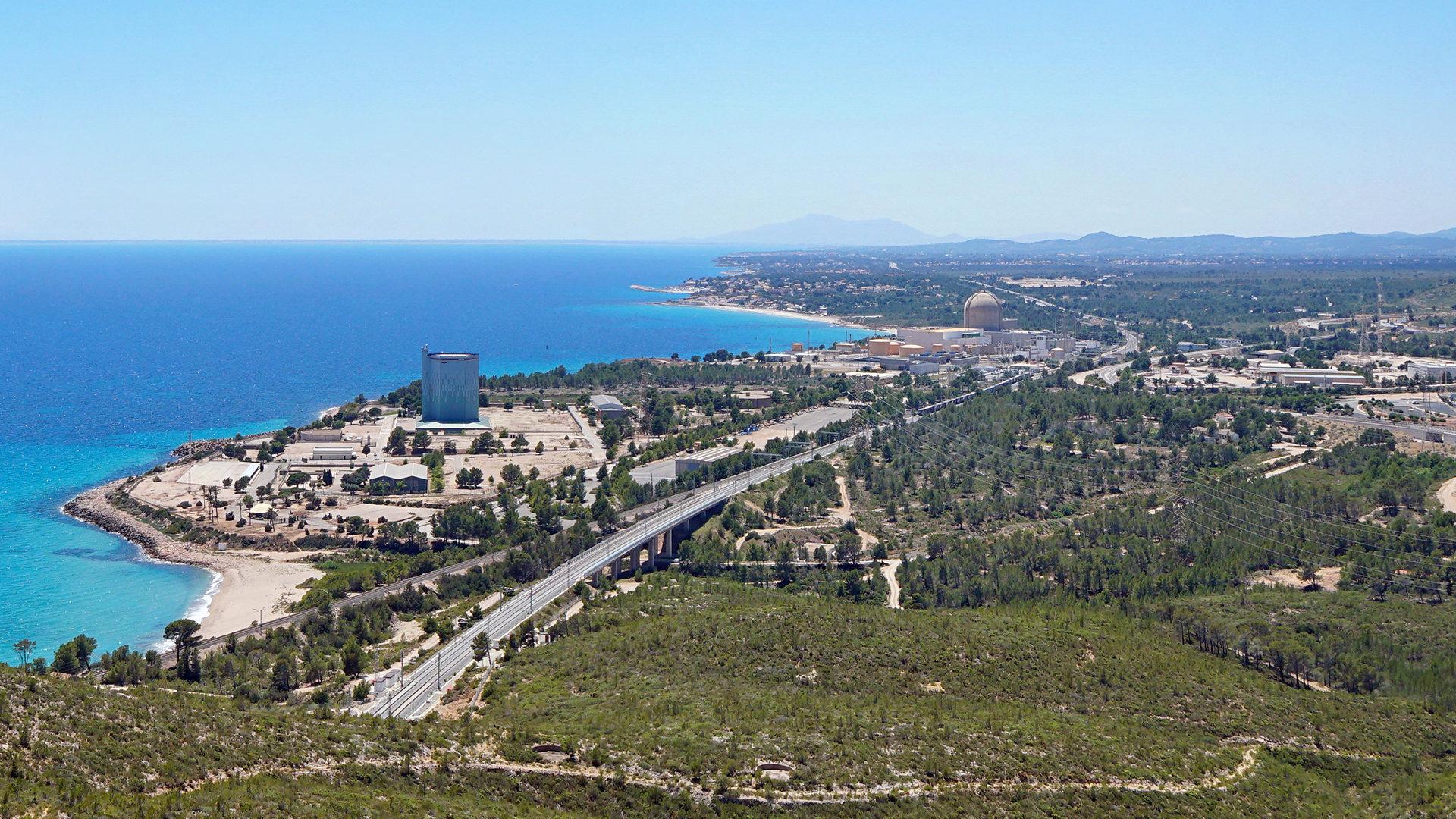 A journey inside Vandellós I

FULL VERSION
Still in 2020 fear and misinformation about nuclear energy take a seat at the dining table of many homes. Far away from the Mediterranean, nuclear accidents -classified with the highest level of severity in the INES scale- are known such as Chernobyl in 1986 in Ukraine and Fukushima in 2011 in Japan. The press and several online portals have echoed them and have adventured in comparing those accidents with the incident occurred in 1989 in the Spanish Vandellós I NPP, which is currently partially decommissioned. In this summary, accompanied by an extended downloadable article, we inform about the former Vandellós I NPP, what really happened the night of October 19th 1989 and what remains beneath its current building.

The design of this power plant was different from the existing ones in Spain. It was a natural uranium – graphite reactor (GCR), that was gas cooled (CO2) with a power output of 480 MWe. The technology was French and its operation was managed by the company Hispano-Francesa (HIFRENSA). The following figure shows the main components of the reactor:

In October 1989 an incident occurred in the plant that would change its history. The event initiated due to existing cracks in one of the turbines, causing a mechanical failure which lead to the loss of several of its blades. These ejected blades ruptured the lubrication oil and vapour lines, originating sufficient hot spots to ignite the oil-air mixture and a later deflagration of the hydrogen from the generator unit. The fire progressed towards the inferior galleries of the reactor, damaging electrical cables from some of the safety systems. Moreover, the situation was worsened when the fire damaged the gaskets of the embedded pipes used to cool off the heat from the plant, causing a flood.

After a night of tension and uncertainties, the safety systems were progressively recovered and the event was stabilized, without producing any harm to the persons who intervened in the control of the power plant. It is worthy to highlight that: the redundancies of the plant, the time margin offered by the thermal inertia and the effective actions of the operators allowed taking the plant to a safe shutdown condition. Furthermore, critical temperatures in the fuel were not reached nor was there any radioactive release.

In view of this, the event of Vandellós I was classified as “important incident” level 3, not nuclear accident, according to the International Nuclear and Radiological Event (INES) scale. To highlight the enormous differences between an INES Level 3 event and accidents such as Fukushima and Chernobyl that were classified as INES Level 7, we have prepared the following interactive infographic with additional information.

Breakdown of the Vandellos I incident (1989).

The analysis after the event brought up that the NPP, prior to the incident, had certain lacks that had to be reinforced which had not been dealt with. The high costs and the obsolescence of this type of plants in the country of origin made the Company permanently cease its activity in 1990.

After its shutdown, a plan was designed to neutralize, remove and condition the characteristics of the plant and products that could cause a hazard. The set of required activities to eliminate such hazards is called decommissioning. It consists of three phases:

Prior to the 3rd phase, we are currently in a latency period of 25 years (2003-2028). After this time, radioactivity inside the reactor vault is reduced by 95% compared to the initial, being this the best radiological (and economic) option. It is estimated that this period will come to an end in 2028, when the 3rd phase would start with the objective of releasing of the site completely.

Finally, if you have found this summary interesting we recommend you download the extended version of the article, where more in-depth explanations are provided about the reactor design, the impact of the fire and flood on the safety of the plant and the decommissioning process.