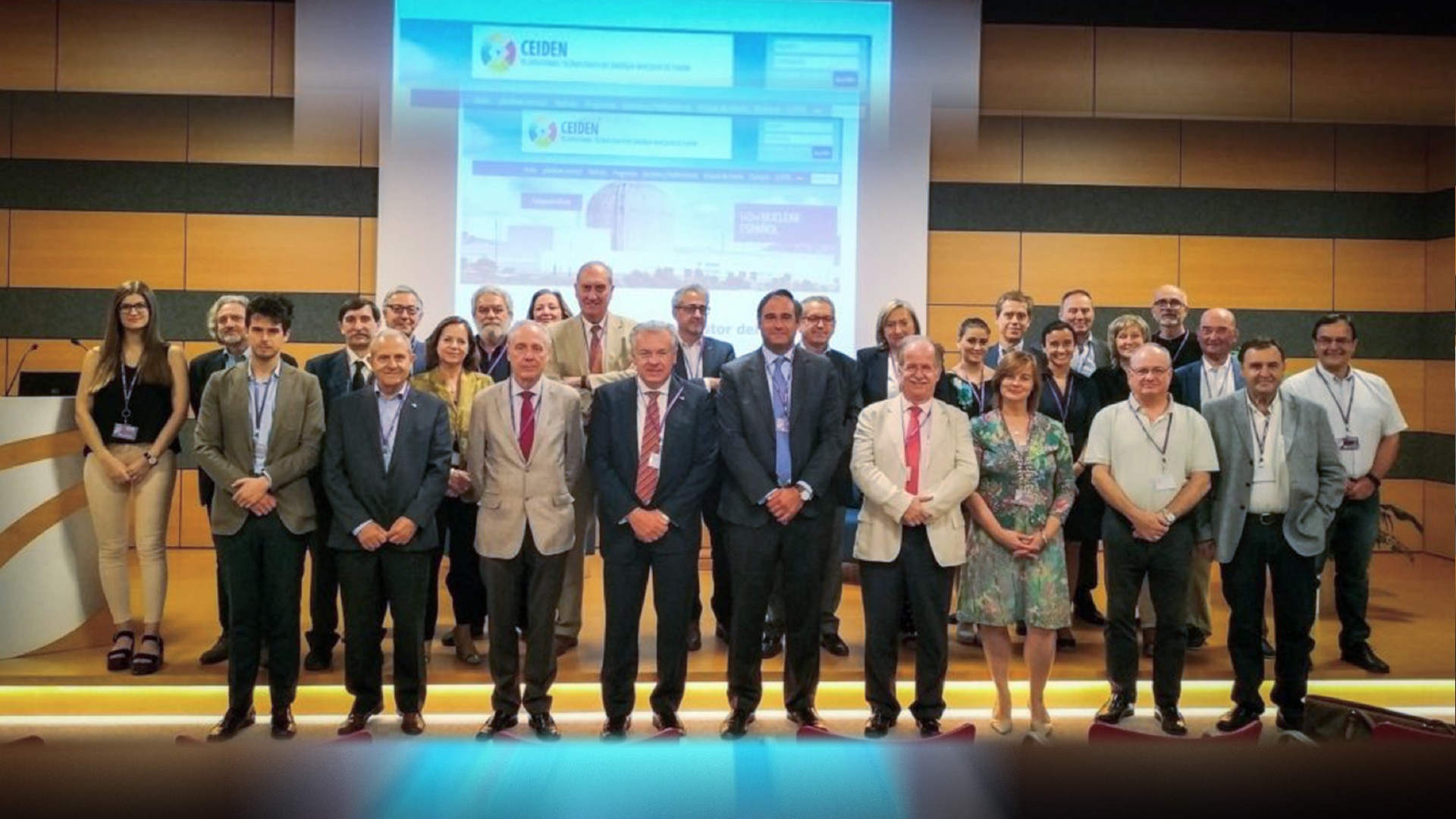 FULL VERSION
The CEIDEN Technological Platform has already 13 years of experience. Since 2007, when it officially became a Technology Platform, CEIDEN has now become a national and international reference for Nuclear Energy R&D in Spain. More than 100 national entities are members of CEIDEN, so it can be ensured that the Spanish nuclear sector with interests in nuclear R & D & i is almost fully represented. In addition to the participation of Spanish entities, it is worth highlighting the participation in CEIDEN activities of international collaborating entities (more than 20).

The Executive Body of CEIDEN is the Management Council. The President of the Platform, since February 1, 2019, is the CSN commissioner Javier Dies. The Secretary General, since 2013, is Pablo T. León, Endesa’s Director of Nuclear Technology and Development. The Management Board meets three times a year. Annually, the CEIDEN Platform holds a General Assembly, where all the partners are present. It is during the General Assembly where the Platform’s lines of action are defined, and new projects, programs or activities of the Platform are proposed. 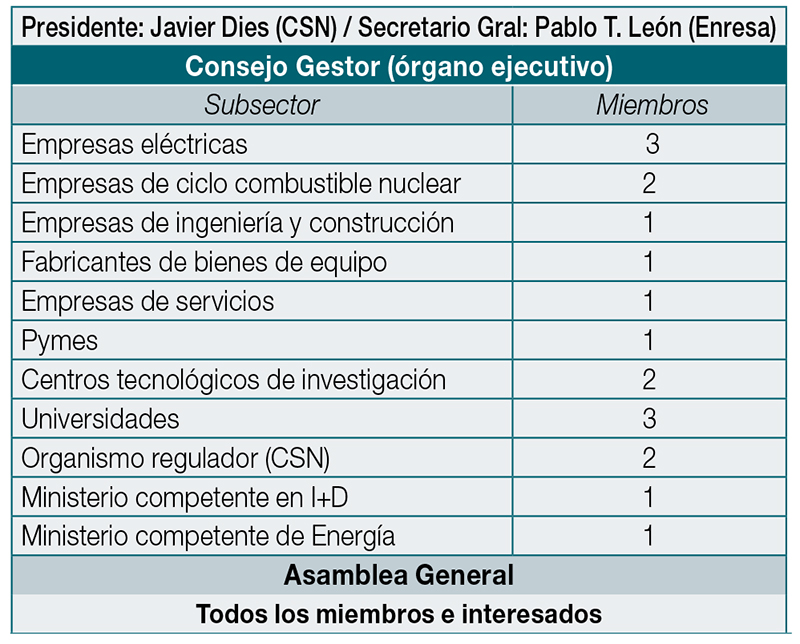 In this article, it is intended to give a tour of the different actions carried out by CEIDEN since commissioner Javier Dies took over the Presidency of the Platform. These actions are based on the technological challenges defined by the Platform, which are Long-Term Operation, Radioactive Waste Management, and Development of New Technologies. CEIDEN has increased the number of projects supported by the platform in its different working groups.

A considerable effort has also been made to increase the so-called horizontal activities of the platform, which are of great interest to the entire Spanish nuclear sector. There has been a reinforcement of the KEEP + group for training and knowledge management, currently coordinated by the Nuclear Forum, the creation of a new Working Group on Sociotechnical Research, the updating of the Catalog of Calculation Codes, the List of International Contacts, etc.

Regarding the dissemination of CEIDEN activities, since February 2019, a newsletter has been issued on a monthly basis, with the main activities carried out on the Platform, or of interest to the CEIDEN Community. In each newsletter, a message from a chosen prominent person is included. To date, 17 bulletins have been issued, and among the messages published are those of the Presidents of Enresa, Enusa, Ensa, the CEO of Westinghouse, the DG of Tecnatom, IDOM, Directors of Almaraz and Vandellós, etc. 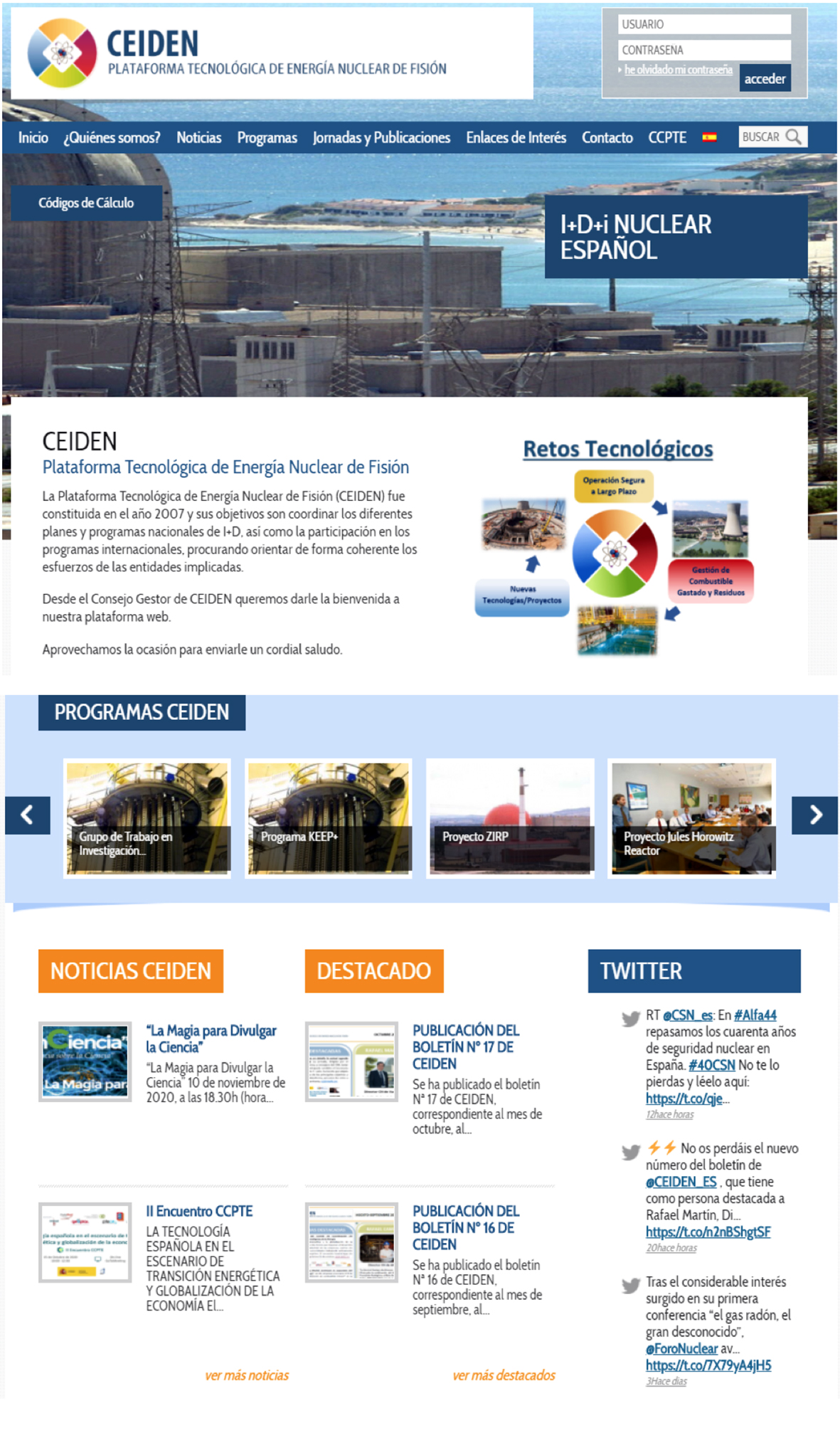 Finally, it should be noted that all these activities carried out within the Platform have been possible thanks to the enthusiastic collaboration of the entire Spanish nuclear sector, which has always supported the initiatives of the Platform, and without which all these activities would not have been possible. In this sense, it is worth highlighting the close collaboration with entities such as the Spanish Nuclear Society, or the Nuclear Forum, to mention a few.