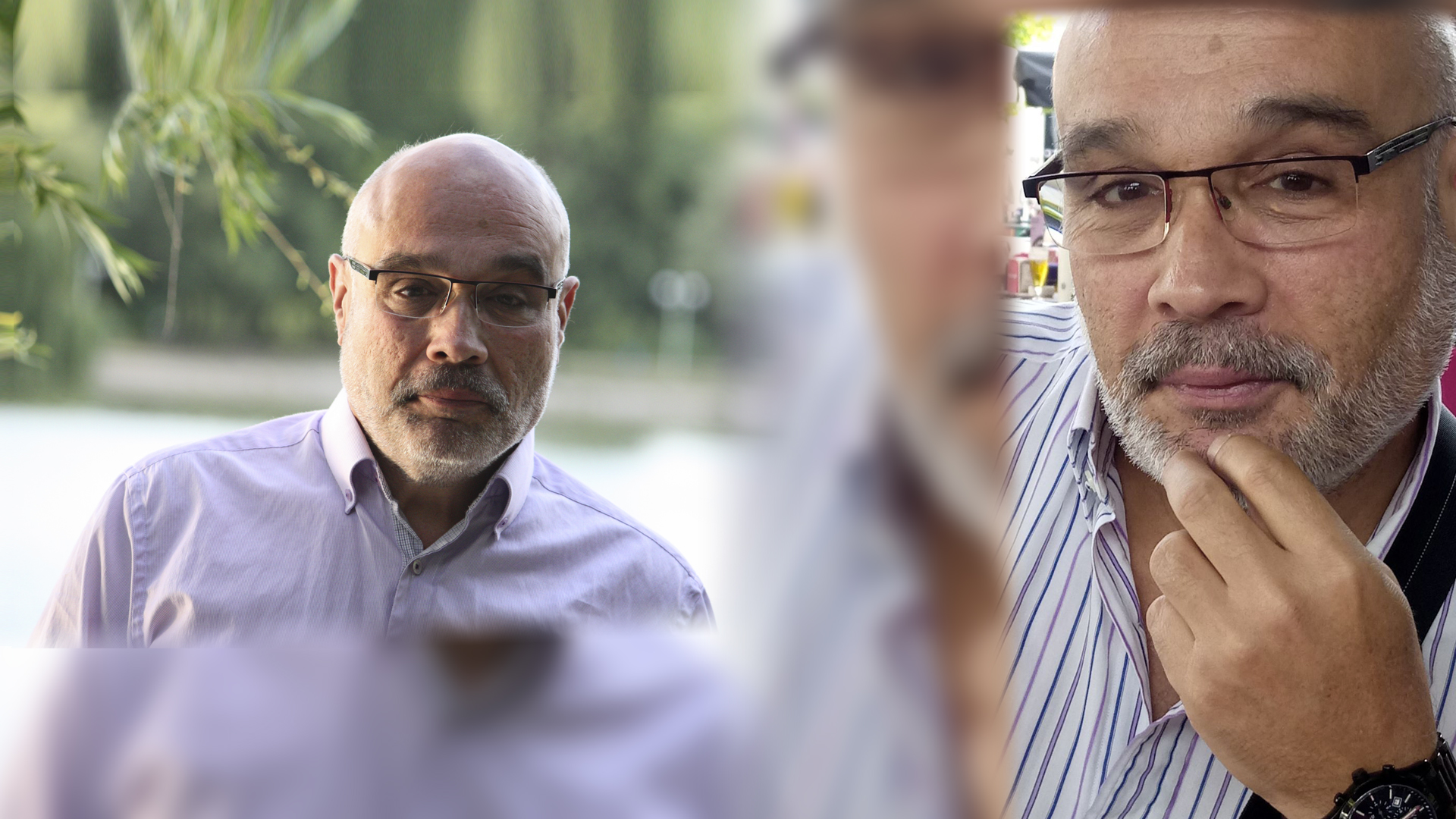 Jesús Sánchez Alvarez-Campana works for Empresarios Agrupados Internacional (EAI) and has developed since his acceptance by the Company, a fairly wide range of activities and positions. Jesús graduated as Industrial Engineer from the Polytechnic University of Madrid (1979) and after the fulfillment of the military service, at that time obligatory, he applied for and obtained his acceptance to work at EAI, at the headquarters in Madrid, in January 1981, at the age of 23. He began his professional career in the nuclear sector, mainly for the construction of Trillo Nuclear Power Plant, for which he was an engineer responsible for the design, specification and follow-up of contracts for the manufacture, supply and commissioning of mechanical equipment. In 1987 he was promoted to Head of the Mechanical Equipment Section. In 1990, attracted by the technological challenge of working for an aerospace company, he applied for his assignment to Ibérica del Espacio, S.A. (Iberespacio), the subsidiary that EAI created in 1989 with the French state-owned company SEP. In Iberespacio Jesús was responsible for the corporate promotion, marketing management and later commercial management, taking responsibility for the preparation and award of offers, mainly within the market of the European Space Agency. In 2006, Jesus returned to the nuclear sector, to deal, as Business Development Manager, with the promotion of EAI, both in the area of new generation projects (New Build) and in projects for the decommissioning and dismantling of nuclear power plants. Its area of operation was not geographically limited, and operated in various countries, but focused mainly on Eastern Europe (Ignalina in Lithuania, Temelin and Dukovany in the Czech Republic, Bohunice and Mochovce in Slovakia, and Kozloduy in Bulgaria). He currently deals with the management of the Spanish-English Consortium D-R CON, established in Bulgaria to provide technical support to SERAW, the Bulgarian State Enterprise for Radio Active Waste, equivalent to Spanish ENRESA, in the decommissioning and dismantling of Kozloduy Nuclear Power Plant, Units 1 to 4 . 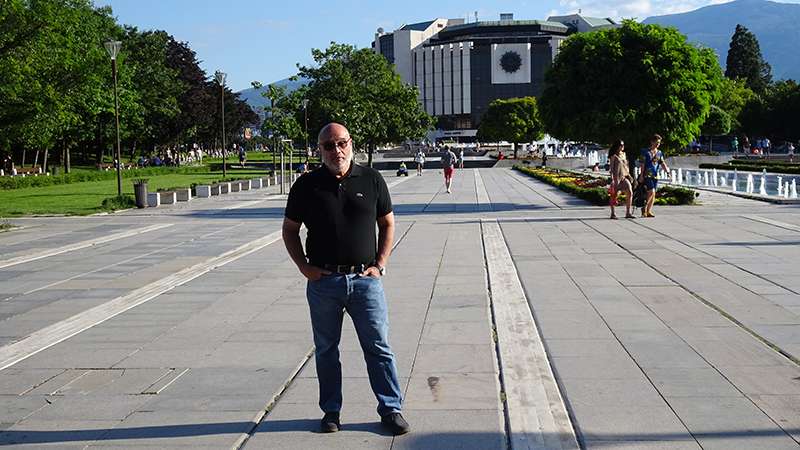 For how long have you been in your current job, what are your responsibilities?

I have been working in Bulgaria permanently for 8 years. I had already come on many occasions, because since February 2009, I was the Contract Manager for the Project Management Unit (PMU) that was created between SERAW and the Consortium “EAVTEN”, in which EAI was a leader, for the preparation of studies related to the future National Disposal Facility (NDF) and the management of its design and licensing process. After the assignment of responsibilities to SERAW not only for the construction of the Repository but also for the decommissioning and dismantling of Units 1 to 4 of the Kozloduy Nuclear Power Plant, SERAW requested Expressions of Interest for the consultancy contract for the PMU for the decommissioning and dismantling of KNPP Units 1 to 4. EAI was awarded this contract, in consortium with the British company Nuvia Limited. This second contract with SERAW was signed in January 2013 and, still in force, covers support to SERAW both in the construction of the Repository and in the dismantling of Kozloduy NPP Units 1 to 4. I was seconded to Kozloduy to undertake the management of the project as leader of the D-R CON consortium, and since then I have been living and working at Kozloduy.

As I mentioned, I lead a Consortium that employs a highly qualified team, of up to twelve expatriates (engineers, physicists, chemists and economists) of various nationalities. The Consortium is also directly managing two consultancy subcontracts with local engineering companies. My tasks mainly cover the review, and in a number of cases, the preparation of technical and commercial documents; the management of contracts for the supply of goods and services between SERAW and various contractors from various countries; economic control of the Consortium; the preparation of project progress reports for the European Community and for the European Bank for Reconstruction and Development; preparation and assistance to the Assemblies of Donors in London and the Project Monitoring Committee meetings in Luxembourg, and other similar activities.

It is important to mention that the project to build the NDF and the Decommissioning and Dismantling of Kozloduy 1 to 4 is financed mainly by a number of European countries (including Spain) and the European Community (donors), and to a lesser extent by the Republic of Bulgaria. The project is administered by the EBRD.

How did the transfer influence your family/personal life?

Fortunately, until the COVID-19 restrictions were imposed, the agreement we reached covered a one-week time stay in Spain every two months, so family life has not been particularly affected. On the other hand, my family was already used to my very frequent travels, though not for long periods of time. Besides, when I moved definitively to Bulgaria, my children had already finished their university careers, and were working and emancipated. For my family, my stay in Bulgaria has been an ideal opportunity to come and see me and spend part of the holidays in sites not yet very affected by touristic exploitation.

What are the most significant aspects of your work?

I would say cooperation and the need to keep an open mind to all. I work with, and I lead a group of people from the United Kingdom, Italy, Bulgaria, the Czech Republic, Lithuania, Cuba, Spain, with very different approaches to work, and experience and knowledge acquired after many years of battle, and who can bring their best if you know how to get the boat along. Moderate social activity outside of work helps, and it’s no wonder we know as “the Branch Office” the cafeteria where we use to meet in the evenings, and that, in many occasions, we postpone a lot of discussions to be kept there, in front of a beer. 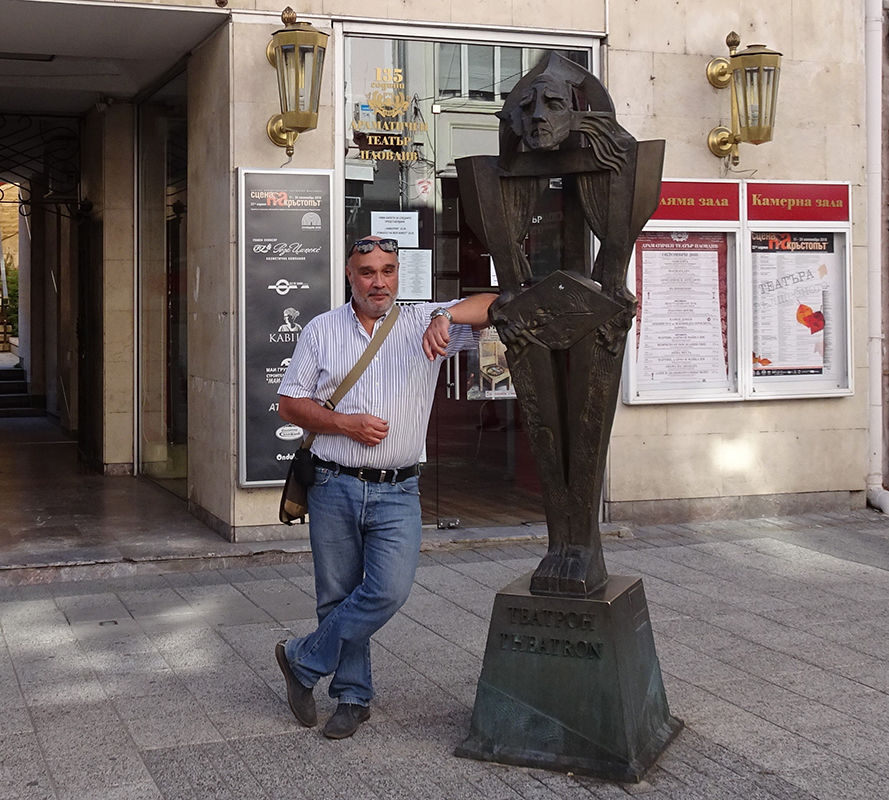 What details do you miss in Spain?

It seems like a simple question, which can be answered with topics, but it actually contains a big complication. On the one hand I have to comment that Kozloduy is not a big city, and it is not even a small town either. It can practically be said to be a street less than one-kilometre long surrounded by the typical Soviet blocks. The truth is that you have to go to Sofia for almost everything, because the level of services available in Kozloduy is very low. The level of services, I miss that a lot. Well, I have to do something I can’t do in Kozloduy. Then I take the car and get down to Vratsa, a hundred kilometres  far, or to Sofia, two hundred. And here comes another great longing: the quality of the roads in Spain. I miss going on roads in good condition. At least in northern Bulgaria the roads are very bad and very poorly maintained, and there is a great lack of infrastructure. All these things teach you to value and miss what you have, your country, your city, your friends, the company you work for…

There are, of course, many other details that I miss, but they are not of great importance and can be compensated with other good things that there are here. For example, I do not use more than ten minutes to get home or to work, and that, COVID-19 apart, there is a great opera season in Sofia (and in other Bulgarian cities) that allows you to attend the performances, all very good, for the equivalent to 15 Euros.

Do you invite young and not-so-young people to broaden their professional horizon outside our borders?

Of course. Even at my age you can learn a lot of things by simply changing the environment for a period of time, but for the new generations the opportunity to study or work for a time outside the country of origin has to be considered as a gift that cannot be dismissed and that you will surely not forget in life. I insist on the words “for period of time.” In young people the objective should not be to escape, but to acquire a background of international culture, in any of the areas of work in which an engineer may be employed, which may then be of benefit to the individual and to the society in the country of origin; and in individuals at my age, the goal should be to create a link between the company providing the services (EAI, in my case) with the recipient, strengthening a stable business relationship, based on the transfer of knowledge and technology.