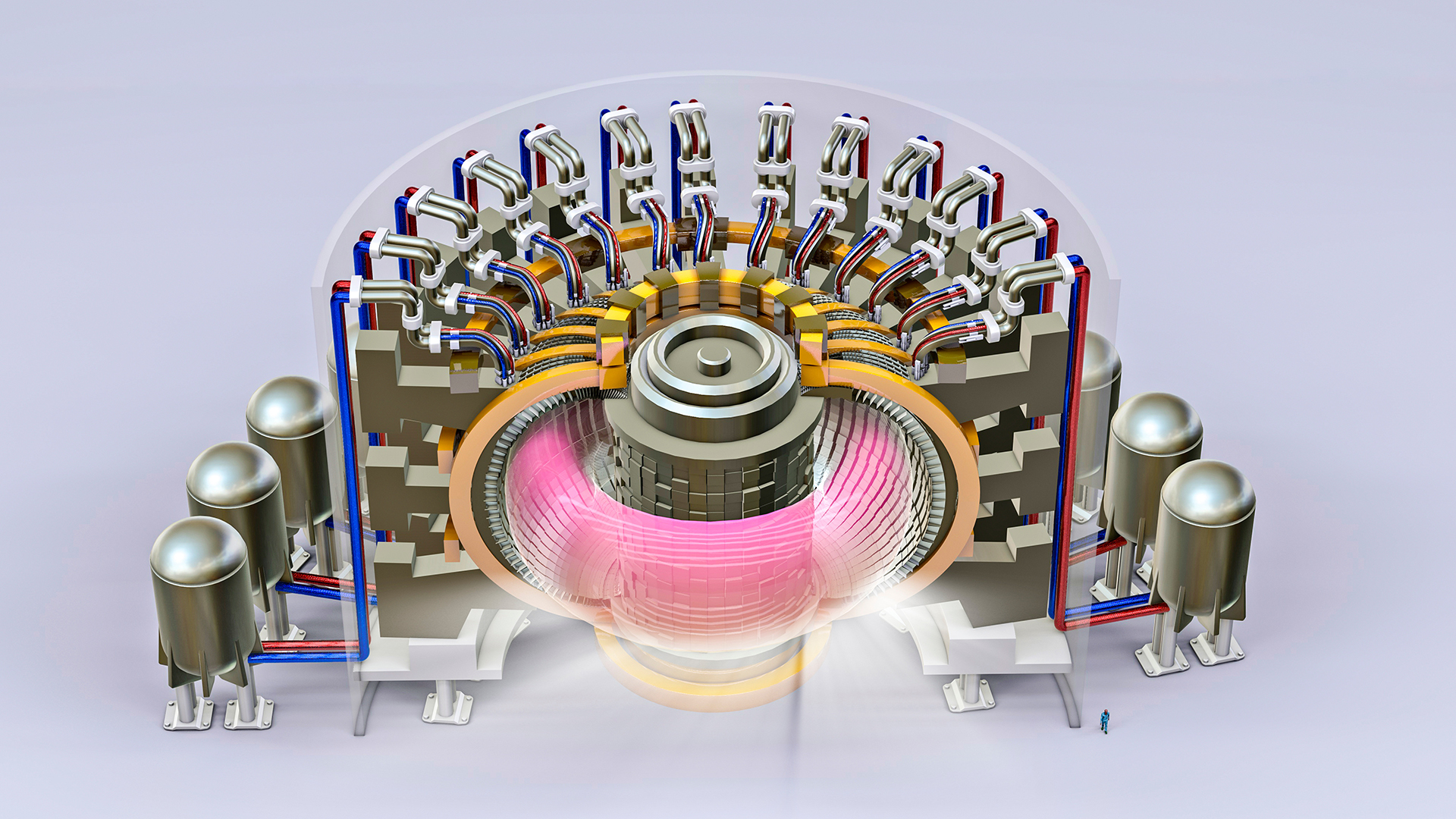 FULL VERSION
The modelling of hydrogen isotope transfer phenomena, in particular of tritium, is a historic milestone in nuclear fusion technology.

Tritium is a reactant in the fusion reaction and therefore of great interest. It presents two major problems in operation, however: it is a radioactive isotope and it is highly permeable. As a result, it is especially important to monitor and control it.

Due to the difficulty of obtaining experimental results at the required scales, however, simulation models have to be used in the different design stages of existing and future facilities where tritium plays an important role, such as ITER (International Thermonuclear Experimental Reactor), DEMO (DEMOnstration power plant) and IFMIF (International Fusion Materials Irradiation Facility).

Now, a hydrogen isotope transport simulation tool, called TRITIUM, has been developed for this purpose. The result of a collaborative effort between Empresarios Agrupados Internacional (EAI)/CIEMAT and directed and financed by Fusion For Energy (F4E, European Domestic Agency for the Development of Fusion and ITER), TRITIUM consists of a set of libraries created using the EcosimPro simulation platform developed by Empresarios Agrupados.

EcosimPro is an object-oriented multidisciplinary simulation software that makes use of powerful algebraic-differential equation solvers. Its user-friendly interface allows graphical modelling and the use of simple modelling language. These and other features make EcosimPro highly suitable for the dynamic modelling of tritium transport. Moreover, its use can be extended to other simulation areas such as models of fluid dynamics, energy transport and control systems. Today, EcosimPro is the official simulation tool of the European Space Agency in areas such as liquid propulsion of rockets and satellites, power systems (batteries, solar panels, etc.), spacecraft environmental control and biological systems.

These phenomena are applied, as appropriate, to the units of the systems where tritium inventory control is required (pipelines, tanks, adsorption columns, heat exchangers, etc.).

Today, the TRITIUM toolkit is already being used in several projects of the EUROfusion consortium within the TBM (Test Blanket Module) and BB (Breeding Blanket) programmes, which aim to address the problem of fuel (tritium) consumption in the fusion reactor while ensuring its self-sufficiency. There, EcosimPro and the TRITIUM toolkit are used to simulate both the TBMs and BBs (regenerative tritium production envelopes for the ITER and DEMO projects, respectively) and the auxiliary systems connected to these elements to recover the tritium generated. All of them require strict control of the tritium inventory, studying its location, and paying special attention to its permeation to the environment given its repercussions on safety and on fuel availability. For now, this type of analysis can only be carried out using simulation tools. Similarly, radiological protection places certain limits on tritium emission to the environment, which can also be calculated using the TRITIUM simulation tool.