Nuclear energy and climate change in the context of COP25

FULL VERSION
The first step of the international community in the face of the climate change threat was the United Nations Framework Convention on Climate Change (UNFCCC), which was embraced at the 1992 Earth Summit in Rio de Janeiro. In 1997 the Kyoto protocol was approved at the third session of the Conference of the Parties (COP3). Once its compliance period ended, the international community reached the Paris Agreement to reinforce the world’s response to the threat of climate change at the 21 Conference of the Parties (COP21, December 2015). It was agreed to “keep a global temperature rise well below 2 ºC in relation to preindustrial levels, making efforts to limit warming to 1.5 ºC”. 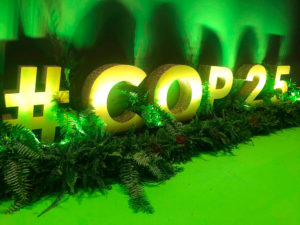 On December 2 nd to 15th, 2019, the 25 Conference of the Parties (COP25) was held in Madrid with the motto #TimeToAct. It was an urgent call to action and to an increase in ambition, but it turned into a Conference of transition to COP26 given the few agreements that were reached.

Although it was of key importance, no agreement was reached for the development of Article 6 of the Paris Agreement that makes it possible to establish the correct systems to exchange CO2 emission rights between countries and between companies.

COP25, however, was useful to reinforce the important role that the private industry —companies and large corporations—must play in reducing emissions in order to advance in the mitigation of climate change and take on the challenge of neutral emissions in their activity.

COP25 highlighted the important contribution of nuclear energy to mitigate climate emergency, since that it is a massive source of electricity production free of CO2, via the development of various events: a stand in the blue area—coordinated by the Nuclear4Climate initiative—, the participation of the IAEA General Director at a parallel event on the 7th Sustainable Development Goal, and a conference panel with the title “Nuclear For Climate – No Time to Lose – Why the World Needs All Low Carbon Energy Sources to Achieve its Climate Goals”, with the participation of various international experts from the nuclear sector, such as the president of the Spanish Nuclear Industry Forum. It was agreed that at this #TimeToAct, and given the serious climate crisis we face, all available low-carbon energy sources are necessary in order to reach climate goals, and these sources include nuclear power: “nuclear power is a technology that guarantees electric supply and is environment-friendly, which makes it key in order to comply with climate agreements such as the Paris Agreement”. 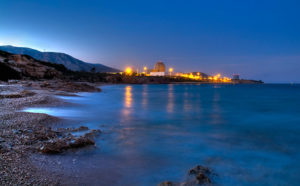 The relevant role of nuclear power is also indicated in the reports of various international organizations such as the Intergovernmental Panel on Climate Change (IPCC), the International Energy Agency, the European Parliament and the European Commission.

Nuclear power is the world’s second source of low-carbon electricity generation (with 10% of the total), behind hydropower with 16%, and the first source in Europe (50%). In Spain it avoids sending to the atmosphere tens of millions of tons of CO2, every year. It is the first emissions-free source and in the past fiscal years it represented 35% to 40% of all the clean energy generated.

At the Spanish Nuclear Forum we consider that electric production from nuclear sources is key in our electric system as an energy source free of CO2. It is also a crucial pillar in the guarantee of supply for all consumers and in the energy transition that must be put into effect—with a neutral approach from the technological point of view—in our country.