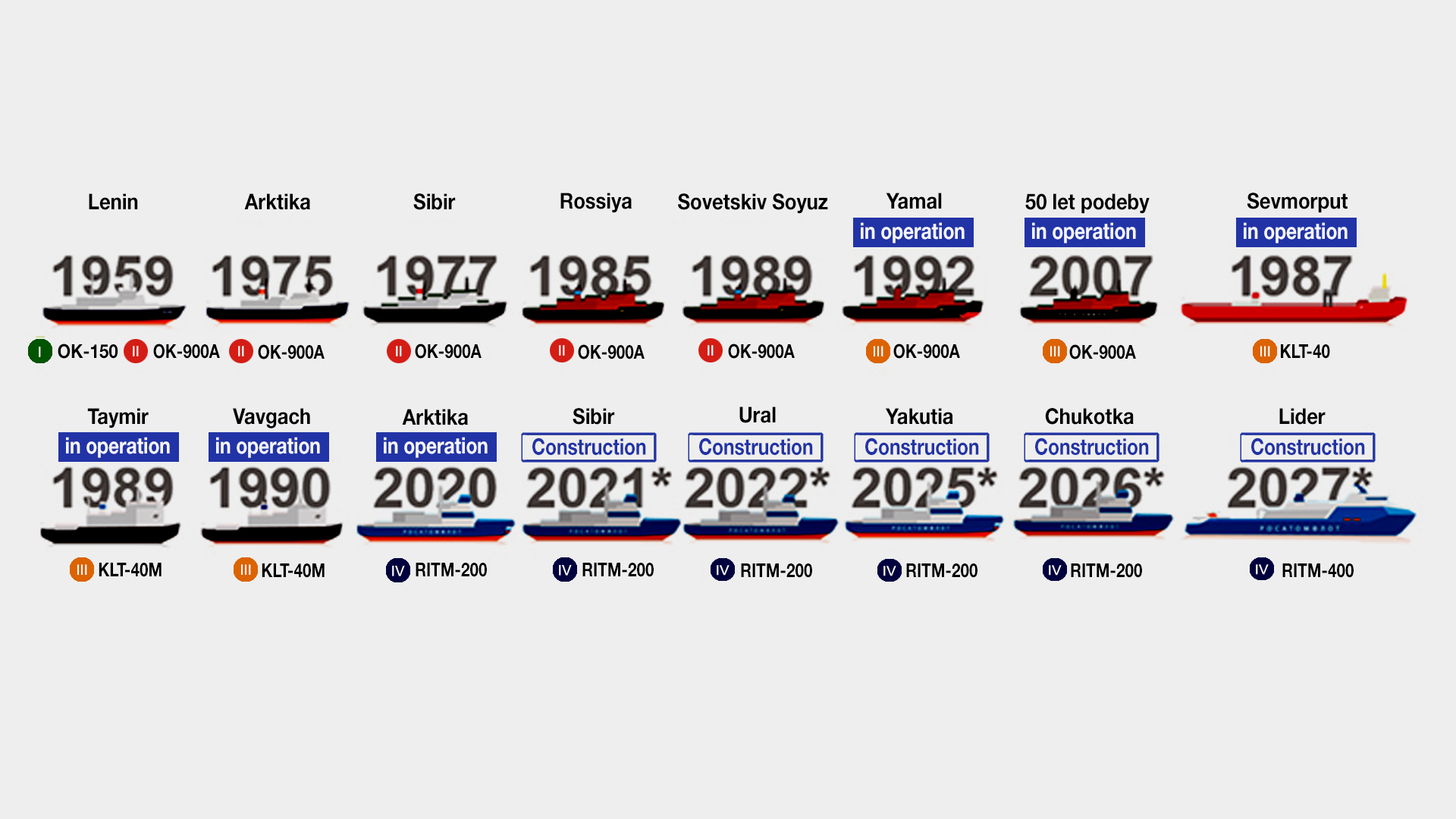 FULL VERSION
There are many places in the world that require a clean and reliable source of energy. Rosatom is ready to offer its innovative small modular reactor nuclear power plant technology to solve these problems. Small nuclear power plants are an optimal solution for a sustainable and reliable power supply to consumers in remote areas away from central grids. They can also replace old diesel and coal power plants that release high amounts of CO2 into the atmosphere. SMR NPPs have a number of advantages in addition to the traditional benefits of nuclear generation.

The future of nuclear energy is closely intertwined with small modular reactors. For several decades now Rosatom has been involved in the development and safe operation of small-scale reactors. Russia’s small reactor technologies underlie a great number of designs, including the world’s first nuclear power plant, nuclear icebreaker fleet, and the only floating power plant in the world.

The Russian nuclear icebreaker fleet has for many years been the only example of efficient commercial use of small nuclear installations. For more than 60 years nuclear-propelled ships have been navigating the Northern Sea Route, with on-board reactors being continuously improved. These technologies represented by KLT-40S reactors were used during the design of the world’s only floating nuclear power plant (FNPP) Akademik Lomonosov, which is now successfully operating off the coast of Pevek in Chukotka.

In addition, six state-of-the-art RITM-200 series reactors have so far been installed at three nuclear icebreakers, which has created references for the technology. On 21 October 2020, the Arctic, the head icebreaker with RITM-200 reactors, officially joined the Russian nuclear fleet.