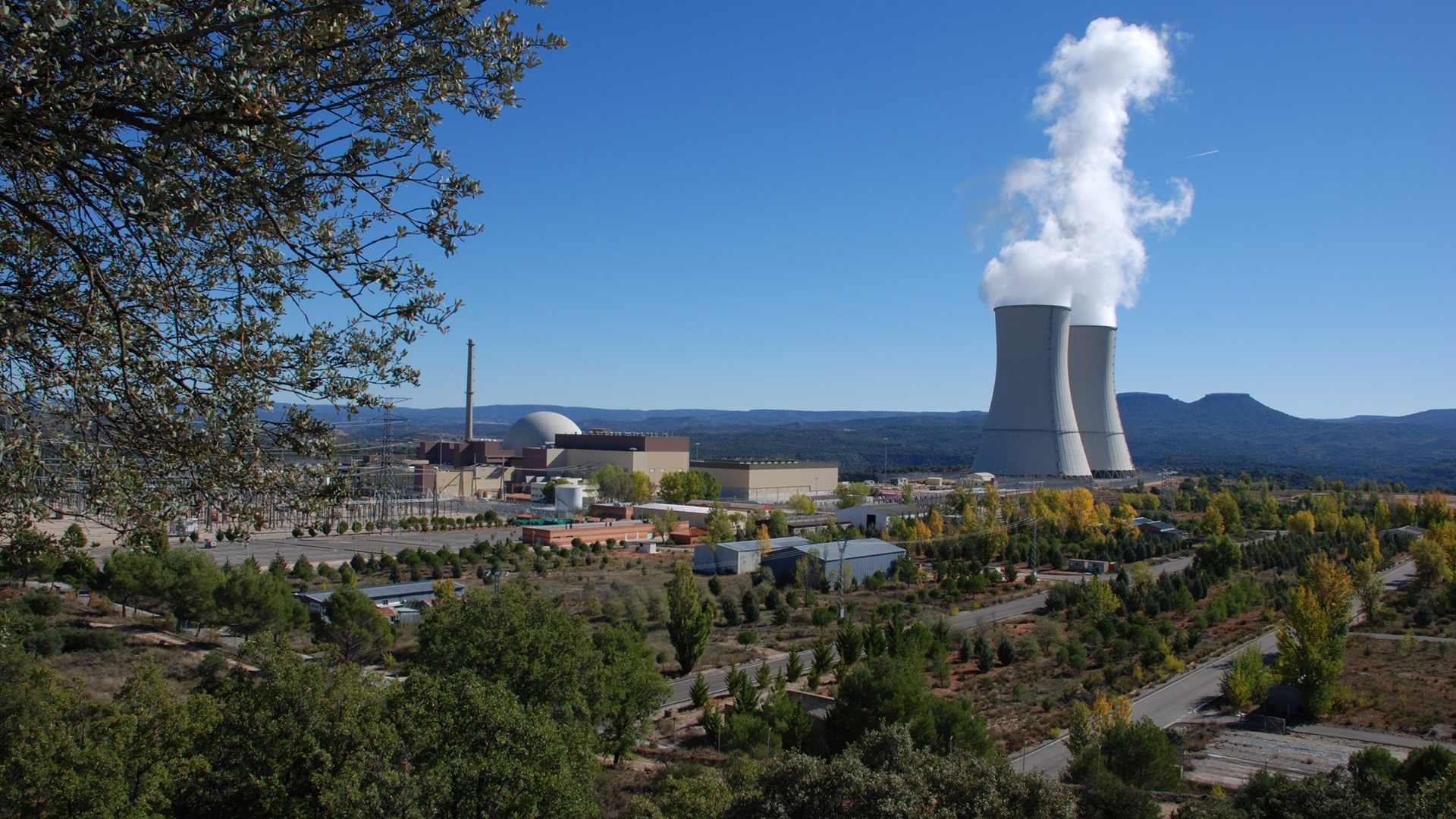 The tax burden on the activity of the Spanish nuclear fleet

FULL VERSION
For a few years now —and in spite of its excellent operation— the financial result of the nuclear fleet has been reduced to the point where some years it operated with losses, mainly due to the tax burden it endures.

In 2020, because of the Covid-19 pandemic and the resulting reduction of electric energy demand, there was a severe depreciation by over 28% of the average price of electricity in the wholesale market (from 47.68 €/MWh in the 2019 fiscal year to 33.96 €/MWh in 2020). This caused a significant reduction of the market revenues of the nuclear fleet from the sale of electricity. 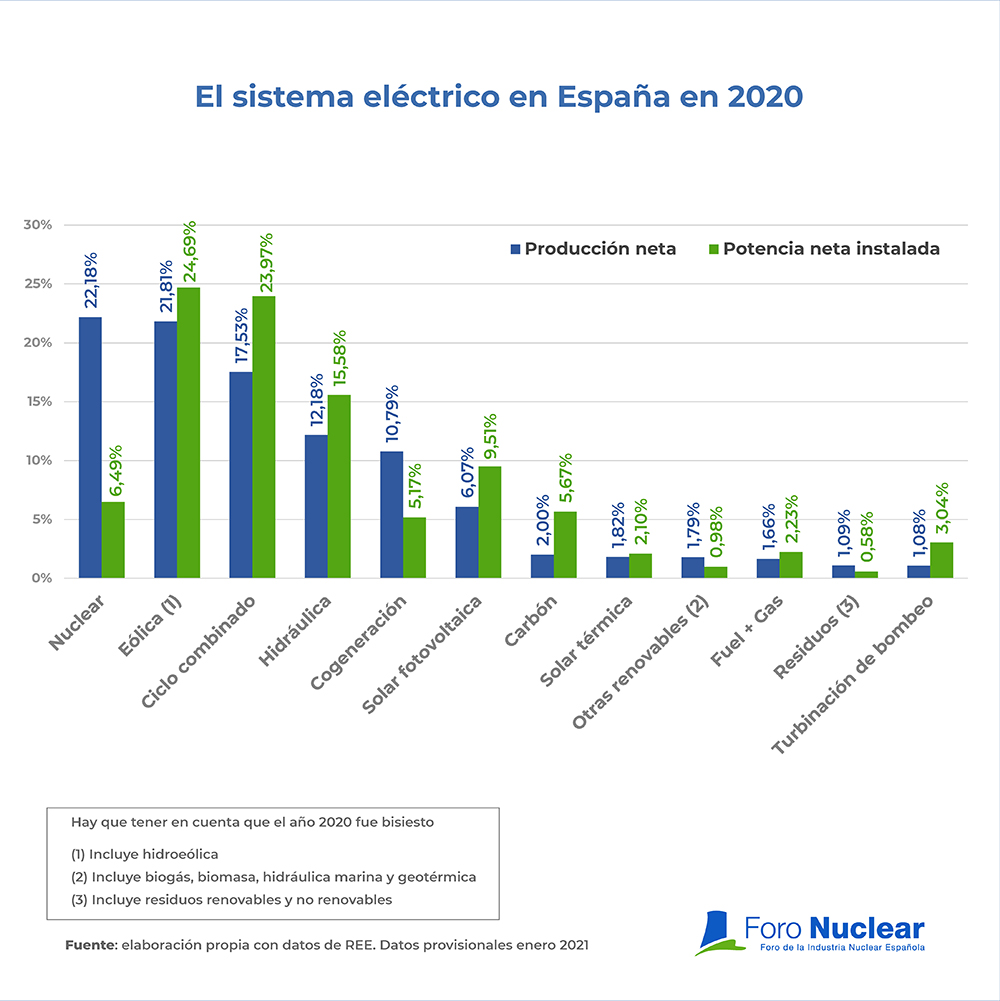 At the same time, however, there was an increase in the tax burden applied to electric production from nuclear sources, with the entry into force of a new tax in Catalonia and the extension to all nuclear power plants of the tax that finances the response service provided by State security forces.

Additionally, and pertaining to the March 2019 agreement with the national radioactive waste management company (Enresa), it is worth mentioning that since January 1st 2020 the flat unit rate of the patrimonial benefits that finance Enresa (known as Enresa tax and paid by the proprietary companies of nuclear power plants) has been increased by 19.2% —from 6.69 €/MWh to 7.98 €/MWh.

The concurrence of low market prices and the elevated tax burden means that —for the first time— the nuclear fleet operates with a negative operating cash flow, since market prices failed to cover its operative costs, taxes and duties.

Not even the revenues from the sale of energy could cover these prices during a few weeks in April and May, when the average market price was, respectively, 17.7 and 21.3 €/MWh.

This situation —which in 2020 was probably circumstantial— is alarming, since it could be an advance of what might happen in the coming five to ten years with the installation of a large quantity of renewable power, as foreseen by the goals established by the National Integrated Energy and Climate Programme 2021-2030 (PNIEC), given the future price projections in the wholesale market. A very recent example is the result of the auction of renewables held in January 2021, where the average price that awarded companies will be receiving during the next 12 years is below 25 €/MWh.

Additionally, the so-called Enresa tax, which applies to the production of spent nuclear fuel and was established in the 15/2012 Law, and the autonomous “eco taxes” (valid in Extremadura, the Community of Valencia and Catalonia) overlap in their legal basis.

On the other hand, we must take into account that the rate of some of the taxes and duties is not calculated based on the benefits of the nuclear fleet but on the object of the operation of nuclear power plants, namely the production of electricity.

This way, the sum of the tax and duty burdens on nuclear generation in the 2020 fiscal year amounted to around 21 €/MWh. In total, this is over 61% of market revenues from the sale of electric energy. Although revenues were around 30% below those of the 2019 fiscal year, the total value of the taxes and duties paid to the different administration entities was almost 10% higher, which confirms the enormous tax pressure on nuclear electric generation, regardless of the revenues —and eventual benefits— obtained by its sale.

For this reason, a reduction of the tax burden on nuclear power is necessary. For nuclear power plants to operate according to the scenarios contemplated in the Spanish Government’s National Integrated Energy and Climate Programme, it is imperative to act as soon as possible. If the situation from 2020 is repeated in the coming fiscal years, the financial viability of the Spanish nuclear fleet will be unsustainable.