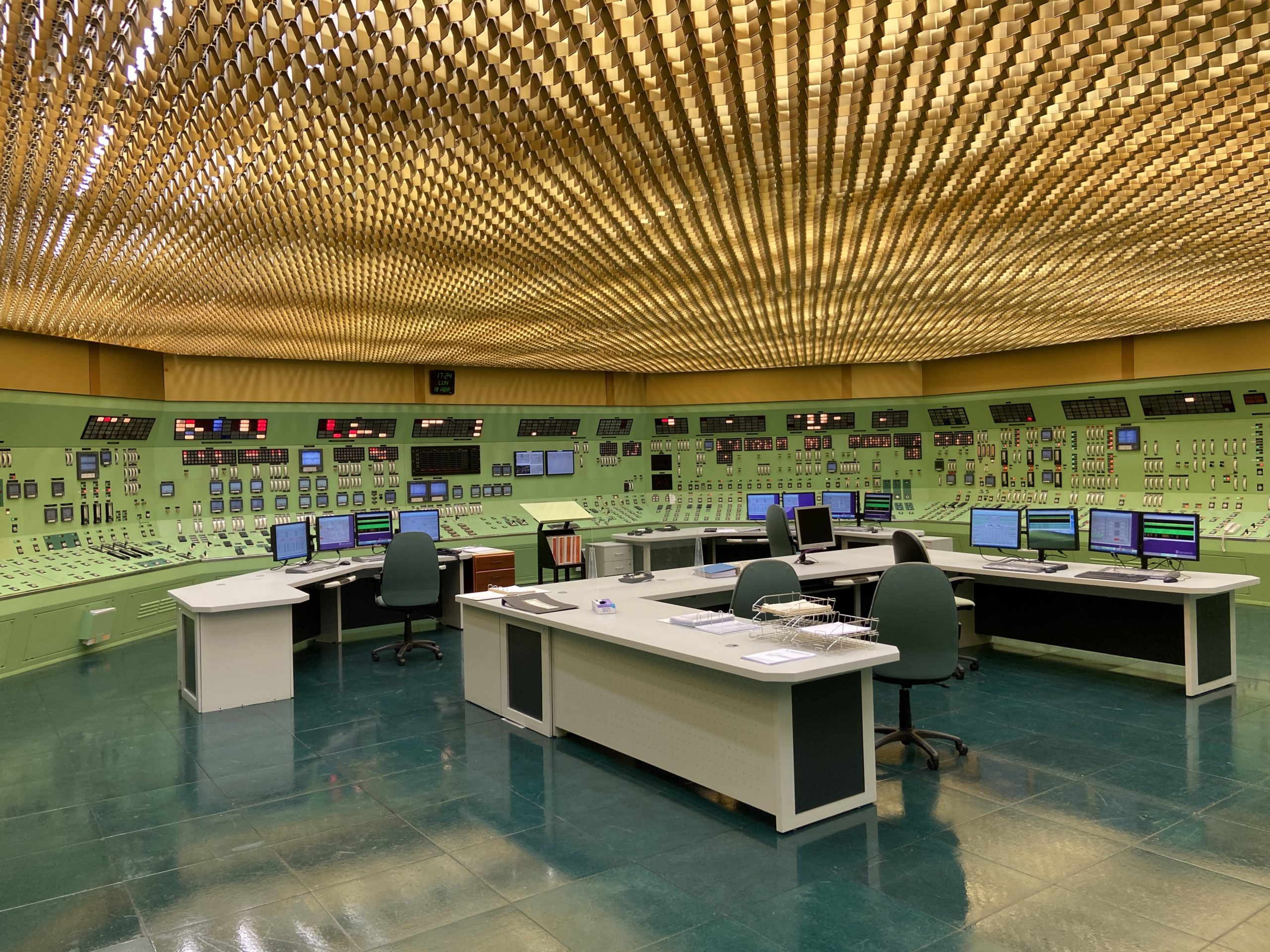 FULL VERSION
The full-scope simulator for Almaraz nuclear power plant began its operations at the Tecnatom facilities on November 1st 1998. It was started up with the dual objective of providing training for the operators, with a view to their qualification, and of simulating and analysing any plant modification prior to its being implemented in the control room of the nuclear power plant.

At the time of its construction, Almaraz simulator represented a challenge and an important milestone for increasing the operating safety of the Spanish nuclear power plants. Operators have been trained and qualified at these facilities for more than 20 years.

The importance of the Almaraz full-scope simulator as a tool for personnel training and safety (making it possible to analyze and evaluate potential risks and accidents and to perform predictive analyses of changes and modifications to the design of Almaraz NPP), together with the possibility of maximizing the use of the facility, led CNAT to identify the need to transfer the simulator to its facilities at Almaraz NPP in 2020. Following this decision, in March 2020, Tecnatom S.A. led this project, which included the following stages:

In the first stage of the project, the construction of the simulator building, lasted 11 months and included three major phases:

The second stage of the project was the transfer and start-up of the simulator, where with extensive experience in the maintenance of simulators was essential. It lasted 4 months and included the following phases:

Both stages converged in time and were carried out in such a way as to not compromise at any time the end date of the project, since the inoperability of the simulator outside the established time could compromise the operation of the plant, being the training of personnel with an operating license a requirement. The execution of the project was affected by the disruption of the COVID-19 pandemic, despite which the original project dates could be maintained.

The ultimate objective of the project was to maintain the simulator in the same conditions of operability and physical fidelity as when it was at the Tecnatom facilities, in order to guarantee its adequate operation within the time margins established and the standards in force.

With this objective in mind, close control was maintained during the disassembly stage to ensure good traceability and correct assembly; in addition, the integrity of panels, equipment and instruments was ensured, guaranteeing the correct operation of the simulator, exactly as it was in Madrid.

Thanks to an integrated management of both stages, it was possible to maintain a clear vision of the final product to be achieved in all the phases of the project.

The project was concluded in March 2021, with the simulator ready for training, with a very positive final balance: the result has been satisfactory in terms of quality, with no deviations or failures, and the deadlines have been met despite the difficulties.