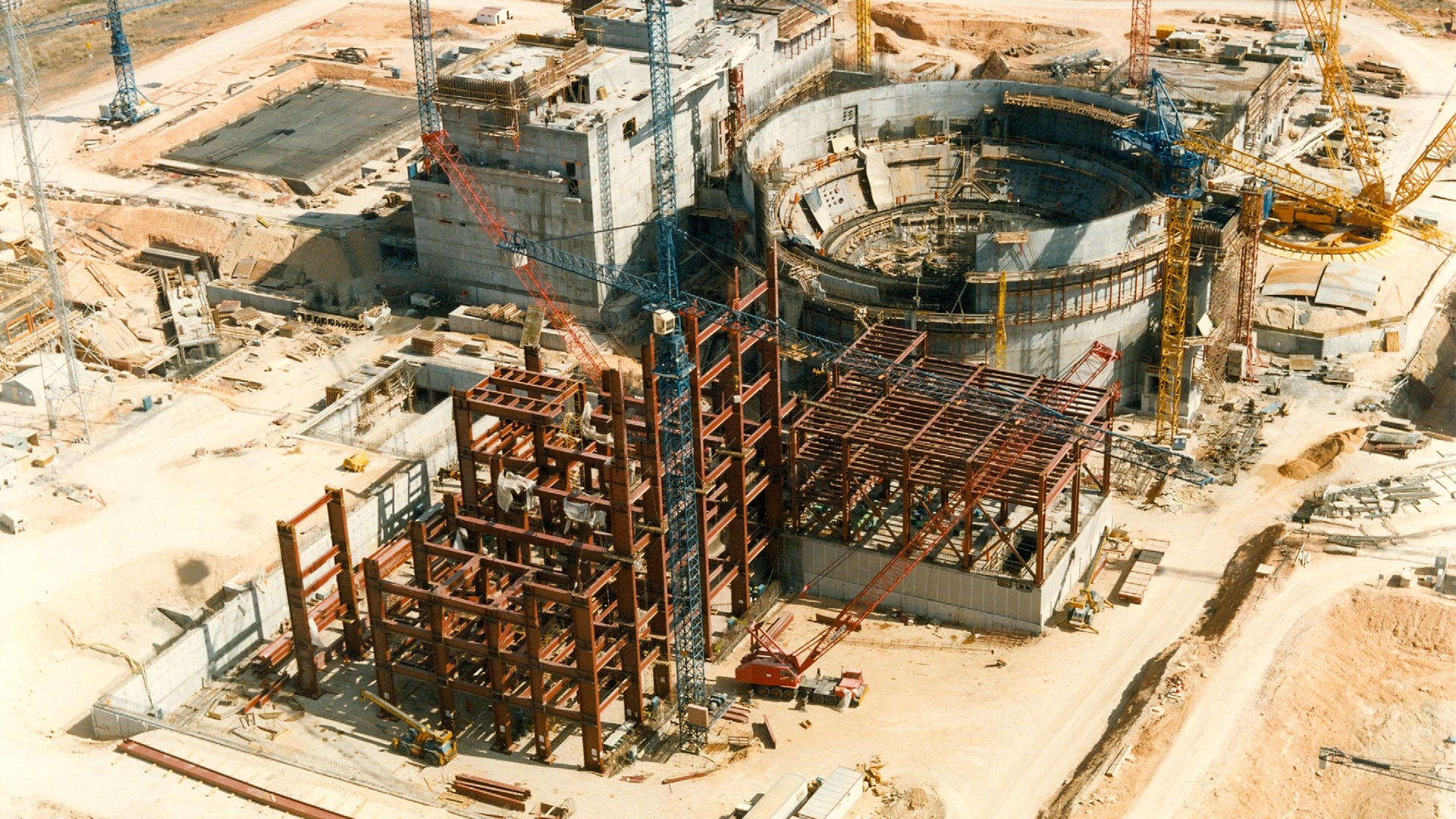 Construction of Trillo NPP. Evidence of the technological and safety leap.

FULL VERSION
The aim of this article is to demonstrate the assurance of 100% safe work in the nuclear sector. Reflecting the long trajectory of the sector, as far as risk prevention is concerned.

Its total history is described, quoting its first steps and the initial circumstances during the different stages. In addition, this mention is made of the importance of key companies in the nuclear sector, such as Westinghouse and General Electric, which contributed their know-how to the Spanish industry and specifically to the nuclear sector. With the arrival of the North American companies in Spain, safe working procedures and methodologies that were already standardized in their places of origin were established. All this helped to improve the safety of the workers, the facilities and the work environment, as well as to advance in the establishment and initial formulation of the Law on the Prevention of Occupational Risks.

During the development of the article, the importance of the use by companies and workers of safe and efficient work methodologies and procedures is detailed, including preventive and compensatory measures that allowed a guaranteed performance for the worker during all the stages of construction, assembly and start-up of the Spanish nuclear power plants. All this allows us to affirm that the nuclear sector was the father of occupational risk prevention in Spain.

After the construction, assembly and start-up of the Spanish nuclear power plants, the stage in which the sector currently finds itself at most of the sites was initiated. This is the safe and reliable operation of the plants, a stage in which the prevention services of the companies that operate the nuclear power plants and all those companies that provide collaboration services. Evidence of this are the accident rates recorded by the plants throughout their history, thanks to the experience and solvency demonstrated. The next stage, the decommissioning of the Spanish nuclear discipline, will be faced in a 100% safe manner.

Among the activities to be highlighted in the work related to dismantling at the different nuclear sites, special attention should be paid to the following numbering, since they are of a markedly preventive nature: 1) Planning of the work, 2) Release of systems and components, 3) Execution of maneuvers, 4) Scrapping and dismanting of systems and componets, 5) Coordination simultaneity of activities. These points are key from the point of view of occupational risk prevention in the development of tasks in a 100% safe way, but this does not mean that the rest of the sections on occupational risk prevention should not be taken into account.

Finally, working with a reliable operation that preserves the safety of people, the safety of the industrial facilities and the protection of the environment, putting it before any criterion of generation, production or profitability. Without doubt, the importance of occupational risk prevention in the nuclear industry throughout its history and its relevance in the future of the sector will be shown.